ANNIVERSARY CELEBRATIONS
​This year is a special one for Central Church, we are having a year-long celebration of our 40th Anniversary.  In 1975 the congregations of three churches decided to come together to form one new church. People from Union Street Methodist Church, Market Street Methodist Church and Belgrave United reformed church made the bold and brave decision to become one united church and began worshipping together, a year later in September 1976 the doors of Central Church, a brand new building built on the site of Belgrave United Reformed church opened its doors for the first time. It’s well known tower with three crosses at the top, symbolises the three churches coming together as one.
So we are celebrating 40 years of Growing in Grace and Sharing God’s love, and looking forward to continuing into the future in whatever shape or form Central Church will become. We all know that to grow we need to change and all things must change to survive, as those pioneers knew forty years ago.
We have a number of events that are taking place throughout the year as well as a number of special church services

ANNIVERSARY INVITATIONS
As part of our Celebrations we have also invited past ministers and people with connections to Central who have gone on to be ordained to return to Central for special anniversary services to be held throughout the year. We have also invited significant ministers from both the Methodist and United Reformed Churches to be part of our celebrations. The year-long celebration was started by Rev John Carne, the former chair of the Plymouth & Exeter District of the Methodist church, in September last year and many notable ministers have been with us since, including Rev Graham Thompson The Chairman of District who led our morning service on 6th December last year,  Rev Ruth Whitehead, Moderator of the South Western Synod of the United Reformed Church join us on 12th June, We were also very privileged to have Rev Steve Wild, the President of the Methodist Conference, join us on 17th April for our evening service, and Rev David Grosch-Miller, Moderator of the URC General Assembly, join us on 22nd May  for our morning service. The Rev’s Valerie Price, Jeff Armitstead, Paul Ellis, Brian Hunt and Glynn Millington , have also joined us during the last year, they are all ministers who have spent time serving here at Central.
​We also have a couple of special Anniversary invitation services to come, including Revd Vikki Bunce (7th August 10.30am), and Revd Paul Smith (4th September 10.30am)

Anniversary events you may have missed...

​On the 6th March internationally acclaimed singer Dana De Waal came to join us for an evening service of music and singing entitled ‘To the Cross and Beyond’.  He was joined by our own choir and Angela Hancocks, our talented soprano soloist. The resulting evening was a very moving journey through the bible from creation to the birth and death of Jesus, ending with a glorious finish at His resurrection.

Our last Anniversary event you don't want to miss! 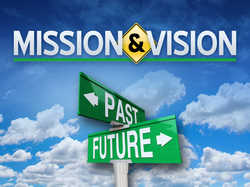 Finally, in September we will be holding a Mission Weekend, led by the
Rev Paul Smith, to celebrate the end of our 40-year anniversary and look forward to what the next step in the evolution of Central Church will be.
​
Powered by